“I want to connect with people through music. But I also want to be the guy who fans want to sit down with after the show to hang out, have a drink, and  B.S. about life.”

While drawn to music from a young age – especially country – one could say Craig’s North American touring gigs these days were a bit of a journey in the making. “I have always been drawn to music – especially country – and my parents and grandparents always had a country music radio station playing,” Craig says, “but I wasn’t the super passionate band class type and after high school in Fort McMurray I just put my head down and went to work…from retail to the oilfield.”

A chance meeting with Toby Keith and a conversation about the music industry was the spark in a different direction. Ignition? Starting a band in Fort McMurray and playing covers for a couple of years. The fire? Evolution into song-writing, bigger venues, and gigs across North America: Edmonton Eskimo tailgates. Calgary Stampede. Sharing the stage with country music icons such as Dirks Bentley, Jason Alden and Sara Evans….

Added inspiration? A move to Canal Flats three years ago with Craig’s fiancé Jill Hallborg after catching the Columbia Valley bug in travels to the Valley over several summers. “Canal Flats is peaceful and ‘homey’…a great fit for us,” Craig says. “It’s a caring community and neighbors actually talk to each other and are more than willing to lend a hand with whatever you need. That’s like a lot of other small towns but there’s this amazing and magical energy here that is hard to describe. I often try to explain that to our friends who have never been here and once they visit, they all fall in love with the place and say…’ok…we totally get it now’. LOL.”

“My surroundings inspire my writing,” Craig adds. “Whether it’s sitting by the Kootenay River, sitting on top of ‘old baldy’ (Mount Sabine that sits as backdrop to Canal Flats) or catching the sunset over Columbia Lake, these places open the mind creatively, and get rid of the distractions.” Craig describes the magic of Canal Flats summers… boating, hiking, camping, fishing, and backyard fires, walking the dogs (Gizmo, Stella, and Kramer), and time with their horse (Kruze). An avid animal lover and advocate, Craig is the celebrity spokesperson for Cats and Dogs International (CANDi). Then there’s the Country Music Festival – Flats Fest –Craig started in 2017 that will continue to grow.

“What really fires me up is turning ideas into songs, bringing those songs to life in the studio and getting the opportunity perform those songs live for fans,” Craig notes about motivation beyond inspiration of place. “Then from there, watching those songs become part of people’s playlists in life whether they are road trippin’, on a beach, around a campfire, or at a party. Then you have those moments on stage where people are singing the lyrics back to you…that’s pretty damn cool.”

Listen to Craig’s music and one can hear a bit of Kenny Chesney Flip Flop Summer Tour, and a shaker of Jimmy Buffet Margaritaville. The music is fun, laid back escapism from the burdens of the world.

Let other fools go paint the town. We’ll just hold this sofa down. ‘Till Monday morning rolls around….You go grab those tater chips. I’ll whip up some party dip. And we’ll kick back….

Songs and merchandise are available online at www.craigmoritz.com, iTunes, Amazon, CD Baby, and other digital retailers.

Invest in the Columbia Valley 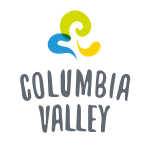